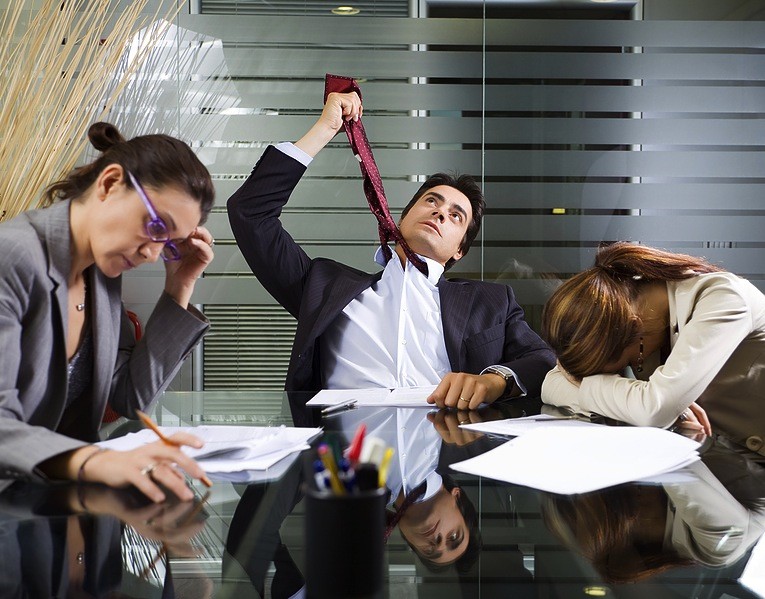 Rule #1
Have a clear agenda
The agenda of the meeting is the list of matters to be focused on to reach the desired target outcome. A clear agenda with time limits is the backbone of the whole meeting, without it people always go off track. It serves as the homework questions, for those invited to prepare before the meeting starts. A good tip is to put the agenda up on a screen or whiteboard for the duration of the meeting.

Rule #2
Be Wise With Time
Time is a precious resource, just like money. Wasting someone’s time in a meeting has a knock-on effect on everybody.
Think about this: Bob is the financial director and a key participant in a small meeting. He was 15 minutes late to the 1pm meeting, and everyone waited and chatted. This meant that the desired outcome of the meeting took a further 15 mins longer to reach than if they had started on time, as the chatting had diminished the focus and information everyone had arrived at the meeting with. So instead of a 2pm finish it was a 2:30pm finish. Mandy did not meet her deadline and is now facing the repercussions with the manager, as she thought she had enough time to complete. Annie had to stay back 30 mins late to finish her work, and she missed her son’s first football goal. All time they will never get back again, due to Bob wanting a coffee before the meeting instead of waiting until after.
This is why the time limits on the agenda are so important to stick to; pushing the key discussions forward and not spending time on irrelevant topics will enable the meeting to be more structured and streamline, so more participants will be fully engaged and not bored out of their mind waiting for the meeting to end.

Rule #3
Keep it on the down low
By keeping the meeting as small as possible, there is more opportunity for everyone to have a say. Participants will also work harder in smaller meetings than larger, as most people tend to rely on others to speak up as they are not seen as being needed as much as if in a smaller meeting. Make sure you only have meetings when absolutely necessary, as the quality will be higher, and don’t exclude people who are lower down in the ranks, as it isn’t the position that gives the best ideas, but the person.

Rule #4
Hocus Focus
Don’t let the meetings drift off track by chatting about irrelevant subjects, maintaining the focus of the meeting makes sure you reach a desired goal within the desired time frame. Also, turn off electronic devices, just like in the movies. They distract even the neighbours of those who are using them. Plus it is rude and hurts people’s feelings when someone is speaking and people in the audience are clearly uninterested and not listening.

Rule #5
Short and Sweet
Keep meetings as short as possible, as focus and drive diminishes after time, plus it appears better decisions are formed under higher time pressure, as participants stop asking questions and focus sorely on the task at hand. However some meetings do require a full hour of non-rushed discussion, however a bit of time pressure will do it good.

If you are always on time and end on time when you run meetings, you will definitely have a good reputation and find that people are more willing to bring themselves to work hard as there is an end in sight and they know it will not drag on.

Rule #6
Invite Only the Worthy Ones
Ensure you only invite those who truly need to be at the meeting by considering their relevant fields of expertise. This will keep it small and make sure no one sees their involvement as a waste of valuable time and effort.
Rule #7
Break it up
Make sure to take breaks in meetings lasting over an hour, as sometimes powering through without a break will do more harm than good than if you were to have taken a break. The attention span of those in the meeting increases after a break and you would probably have arrived at the same decision, if not a better one, in less time.